Well..after a good 10 minutes of thinking i decided that there was still room in my study. So i just bought a CompuCase 64d. Well, that is just an awful expensive Commodore 64 and one or two VC-1541 drives in an after market casing. 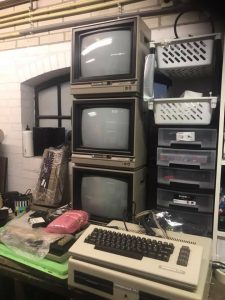 This entry was posted in Auctions and buying, My Collection and tagged Compucase 64d. Bookmark the permalink.